Join us on Social Media

Sunday Morning 16 Feb
Rev. Pieter Meiring
What it means to be a Christian

Sunday Evening 16 Feb
Rev. Pieter Meiring
With faith in Christ we can depart in peace

Pastor Rev. Edward Evans
The Writing on the Wall

Pastor Rev. Edward Evans
All things work together for good to those who love God....

Sunday Evening 26 Jan
Pastor Rev. Edward Evans
If God is for us who can be against us?

Pastor Rev. Edward Evans
Today is the day of Salvation

Pastor Rev. Edward Evans
In whom are you putting your trust?

Rev. Pieter Meiring
I will make a covenant of peace with them

The following is a series of sermons preached at Westgate during 2019 by Pastor Rev Edward Evans, covering the essentials of Biblical Origins as found in the Book of Genesis.

Six - The Origin of the Gospel
Reading - Genesis 15

The following are sermons by Pastor Rev Edward Evans.
Many more can be found in the section "Sermons & Messages / Sermons this year"

Sermon on the Mount

The following are a selection of Bible Studies currentlybeing delivered by Pastor Rev Edward Evans.
They are selected from the weekly listing found in "Sermons & Messages / Bible Studies this year".

1. Judge not and be not judged
2. Do not lay up treasures on earth, but in Heaven
3. You cannot serve God and serve riches 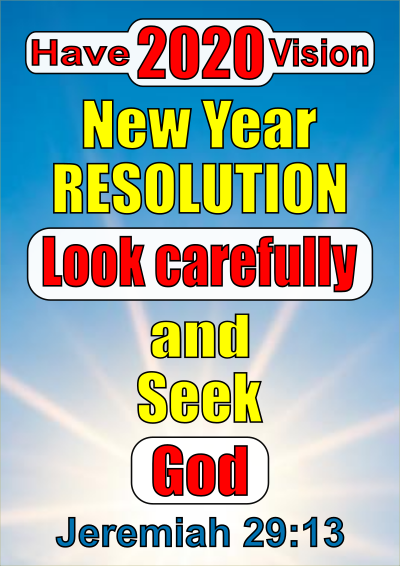 It seems only a few years ago that we were entering the New Millennium, the year was 2000. The world was going to suffer from a computer bug! As dates on computers generally used only the last 2 digits, for example, 1 Jan 1978 (became 1 Jan 78), what was going to happen when the date moved over to 1 Jan 2000 ? The last 2 digits were 00. How were computers going to cope?

£Millions were set aside and all sorts of contingencies were provided. Nothing happened! Computers coped.

Computers count time from 1 Jan 1970 in seconds. The next panic for computers is 19 Jan 2038 because some computers cannot count the number of seconds beyond that date! Some computers will get the dates wrong!!

We are now in the year 2020. Where have the last 20 years gone? We can have 2020 vision in our Christian lives if we wholly seek God and His help and wisdom and do not rely on our own understanding.

You will Seek Me and find Me, when you seek Me with all your heart.

“Where is He who has been born the king of the Jews?

For we have seen His star in the East and have come to worship Him.

And when they had come into the house,they saw the young Child with Mary His mother and they fell down and worshipped Him.”

During this Christmas season that has just past we have looked afresh at the Nativity passages and heard again the messages of Christ's coming into this world, born as a helpless babe in Bethlehem in that manger over 2000 years ago.

The incarnation stands as the centrepiece of our Christianity; without it there would have been no life of sinless obedience on Christ's part, no cross, no atoning death for our sin, no resurrection and ultimately no salvation.

The bible says that when the time had fully come God sent forth his son born of a woman. That little phrase" fully come" means," filled to overflowing" in the original language. When time had reached its critical mass, Jesus was born.

The fact of Jesus coming into this world is not just a message that we remember once a year at Christmas time; its implications are with us ever day of every year of our lives. When Jesus was first born in that manger that starry night, there were three basic responses to His birth, and as human nature does not change we see these three same responses in people today towards the birth of the Saviour.

Firstly there is Herod's response. What was that?

Herod's response was one of fear, of outright hostility to the news of the birth of Christ. History tells us that Herod was a tyrant who murdered his wife, mother in law and three of his sons. Anyone who challenged his tyrannical rule ,his ego, his ambitions was ruthlessly dispatched. Herod was afraid that this little child born as king was going to interfere with his life, his place his power, his influence and thus his fear fueled his hatred, and in his hatred he sought to destroy the Christ child. Sadly today there are those who are afraid of what following Christ may mean, they want to live their own lives and go their own way without any interference from anyone telling them what to do, least of all God. But as a wise man once said," If Christ is not Lord of all in our lives then he is not Lord at all"

There is no tokenism with following Christ.

Secondly there was the response of the religious establishment embodied in the Pharisees and Sadducees. What was that?

One of complete indifference.  Jesus meant nothing to them. The night that He was born they saw no star in the sky, saw no Glory, heard no angels’ choir singing in praise of the Saviour's birth. They simply continued on engrossed in their religious rituals and ceremonies.

How many people in our world today go about their daily lives engrossed in the affairs of life and the things of this world and the most important event in human history that split history in two, before and after the birth of Christ, BC and AD, this event means absolutely nothing to them at all?

But lastly there is a third response, that of the shepherds and that of the wise men. That was the response of a seeking heart.

They came to see Jesus guided by the hand of God Himself. Their seeking was not motivated by vain speculation or mere curiosity. Rather they came to seek and to find, and finding to believe and believing to fall down at Jesus' feet and to worship.

William Barclay once said: "We do well to remember that Jesus Christ is King. We can never meet Jesus on an equality. We must always meet Jesus on terms of complete submission."

Nelson the great Naval Admiral had a reputation for always treating his vanquished opponents with courtesy and respect. After one famous naval victory, the defeated admiral was brought aboard Nelson's flagship and to Nelson's quarterdeck. Knowing Nelson's reputation for courtesy and thinking to capitalise upon it he advanced across the quarterdeck with hand outstretched as if he was advancing to shake hands with an equal. Nelson's hand remained by his side.

"Your sword first," he said "and then your hand". Before we desire to be friends with Christ, we must submit to Christ.

In this new year may we seek to emulate those first wise men: they came to seek and find and worship.

May we also seek Him whom to know is life eternal and once we have found Christ to press on to know Him more and to worship Him with greater adoration and awe. 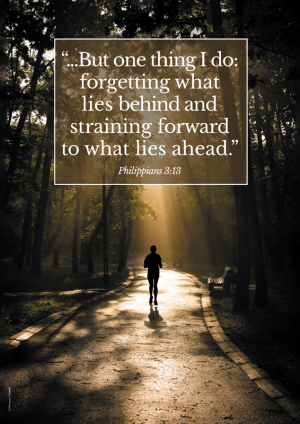 Climbing in the Psalms

Today we look at the climber on Gods holy hill who has come a cropper, instead of looking to the Lord he has relied on his own strength and fallen into a ravine or crevice.

THE PROMISES OF GOD

I have been gripped by the thought of the promises of God that are going begging in Gods word for a little while now.

I am concerned that so few folk are taking the Lord at His word and by faith claiming those promises for themselves.

Where is your passport?

A very well known footballer hit the headlines a little while ago, it was not for his football skills but for something totally different, as we shall see.